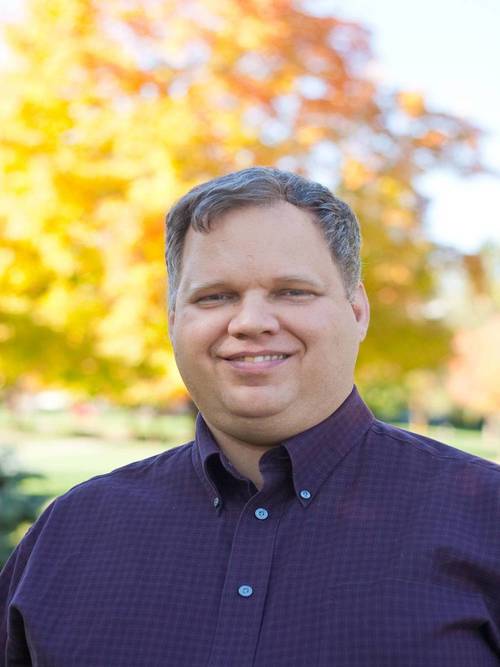 Charles Cooley began teaching at EMU in 1999. He received his bachelor’s degree from Roanoke College where he majored in mathematics, computer science and statistics. After two years studying Software Engineering (specifically object-oriented programming language code reusablity metrics) in the CS graduate program at Virginia Polytechnic Institute and State University, Charles took a supposedly part-time, one-year teaching position at Concord College in Athens, West Virginia. After a few years of full-time teaching, Charles moved to Harrisonburg and completed a master’s degree in computer science at James Madison University. Before returning to teaching, Charles worked as a Network Analyst and System Engineer. In 2007 with the merger of the CIS and CS programs, Charles began working in the EMU Institutional Research and Effectiveness Office half-time, but resumed full-time teaching to implement the new CS curriculum in 2008. Since 2015, Charles is once again splitting his time between teaching computer science and serving as the associate director of institutional research.