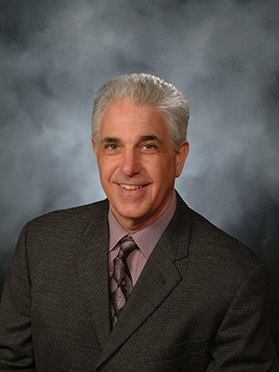 An airline pilot whose career has spanned over 40 years, Captain LoVecchio has extensive first-hand experience in aviation as well as leadership. He has logged over 24,000 hours of flight time, both civil and military. He considers the Aviation degree program at EMU a great opportunity to share his experience and background in both leadership development as well as aviation.

In addition to his flying career, he has also been instrumental in the corporate education process. Since 1989 he has developed and delivered Crew Resource Management training (CRM) and Leadership Development training to over 5000 pilots and Flight Attendants. He attained the rank of Check Airman on the Boeing 737 in addition to being qualified as an International Captain on the Boeing 767/757 and the Airbus A-320 aircraft. After mandatory FAA retirement, he was an Airbus A-320 instructor pilot at JetBlue (2017-2018). Captain LoVecchio served in the United States Air Force/Air National Guard for 10 years where he flew the F-102 and C-130 aircraft. In addition to his aviation career, he has delivered training relating to leadership, human factors, threat & error management and team dynamics to UPMC Medical School, Thomas Jefferson University Hospital Department of Neurosurgery, EmCare, Jewish Healthcare Foundation, Greater New York Hospital Association, Association of Perioperative Registered Nurses, ABWA and the Professional Women’s Forum of the Lancaster Chamber of Commerce and Industry.

When not traveling with his wife Diane to visit their sons in Los Angeles and Paris, he enjoys golf, skiing, long walks on the beach and cooking. Joe is excited to start another career at EMU after retiring twice already.